For European bison it is time for love 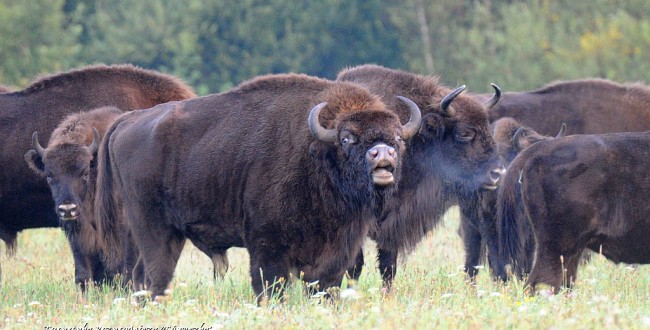 The beginning of autumn is a time of mating season for Bialowieza bison.
Time bison mating season falls in the second half of August and the first half of September. This is the moment when the groups of female and male adolescents join. They have two strategies: attach permanently to the group, or move between groups looking ready for mating female. Bisons – bulls rarely fight, they prefer using the appropriate “body language” uprooting or breaking trees show their strength. The fight is the last resort. Look at the mixed flock in the gallery: