How many bison live in the Bialowieza Forest? 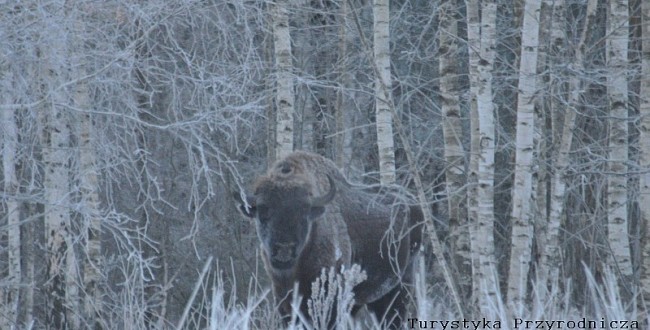 At the end of 2013, the number of bison in the Bialowieza Forest amounted to 505 individuals. 56 calves were born ( in 2012 they were 64 calves ) .
In 2013 the BNP had permit for selective killing of 40 individuals, while only 21 bison met the selection criteria. For males the main reason for their selection is necrotic inflammation of the foreskin – in 2013 it was 7 cases . 17 bison died of natural causes , one was bitten by wolves .
In 2013, the BNP sent to other places herds three individuals – they were taken to a herd living in Knyszyńska Forest .
Due to the long autumn weather and access to fresh grass and herbaceous vegetation bison later began to use winter feeding .
For the season of winter feeding of bison (2013/2014) in the Bialowieza Forest Park bought from the farmers of the county Hajnowski 200 tons of hay and 50 tons of fodder beet for about 100 thousand zł . With its own meadows BNP gained about 170 tons of hay and silage. In addition, contracted more than 150 hectars of meadows, which frequently reside bison when they leave the woodland forest. Farmers in these meadows left about 450 tons of hay for the bison. The value of these contracts is approximately 500 thousand zł. The program contracts bison began in 2007 so far directly to farmers operating in the Bialowieza Forest and on its outskirts received over 2 million zł .
At the end of 2012 in the Bialowieza Forest were 504 bison.

And here’s a few photos from this winter bison