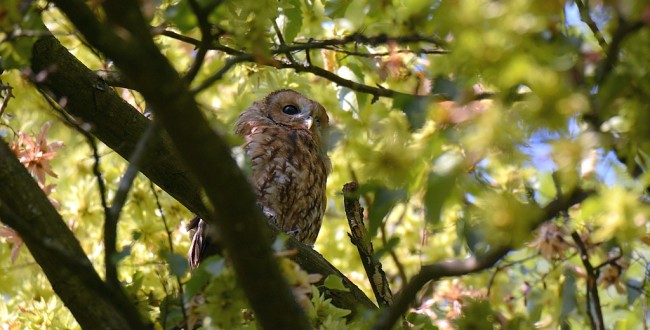 Tawny Owl (<em> Strix aluco </ em>) is the most common owl in the Bialowieza Forest. His dark eyes testify to the fact that the best seen at night. During the day resting in places where it will be less visible to their potential victims. However, this owl was discovered (the recording was done only when stopped mobbing):

This owl was observed in Bialowieza, in the Palace Park.